The filming of “Outlander” season 4 is going well so far. Co-executive Producer Matthew B. Roberts shared a brief production update online, along with a picture of the magical stones of Craigh na Dun. Meanwhile, the TV series and cast member Sam Heughan (Jamie) have won another online poll, thanks to the fans.

“Stoned,” Roberts jokingly wrote about the picture of Craigh na Dun set [see below]. It’s not clear if there will be another jump through time for Claire (Caitriona Balfe), but the producer said that the filming is “coming along nicely.”

“Can you hear the drum beats,” the producer asked in a hashtag. The plot of the next season is based on Diana Gabaldon’s book “Drums of Autumn.”

Co-executive Producer Maril Davis is also in Scotland currently. She recently shared a picture of some majestic snow-capped mountains [see below] that she saw while driving to work.

The next season will show Jamie and Claire in the American colonies. However, the production team hasn’t shifted base to the US, and all the filming will take place in Scotland. Scenes of Boston were previously filmed in Glasgow, and this time the Scottish wilderness will stand in for American forests and other locations. The Frasers will live in small cottage in the woods.

There will be 13 episodes in “Outlander” season 4. About half the episodes may have been filmed already. The show will premiere sometime later this year, and the producers are yet to announce an exact release date. 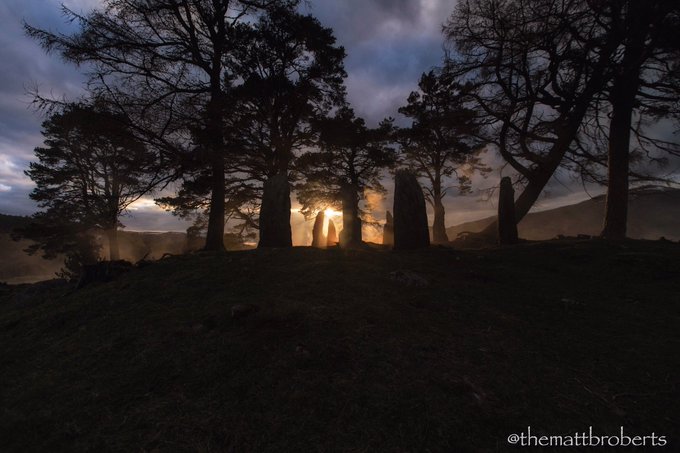 Beautiful day in the neighbourhood #Outlander fans! Snow on the mountains @Outlander_STARZ