Fans of Outlander continue to flock to Cumbernauld Glen in the hope of catching a glimpse of the international hit show’s stars – and yesterday, they were in luck.

Caitriona Balfe stopped to greet fans baking in the bank holiday sunshine, and avid followers have been sharing pictures taken in the park just outside Glasgow since.

One fan, Andree Poppleton, even took photos of a stranger with Caitriona – who plays Claire Fraser in the time-travelling show – and is hoping to share them with her via social media. 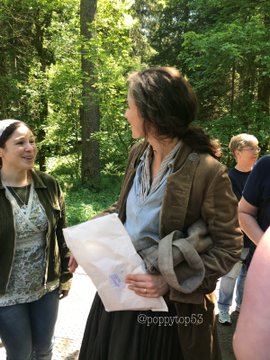 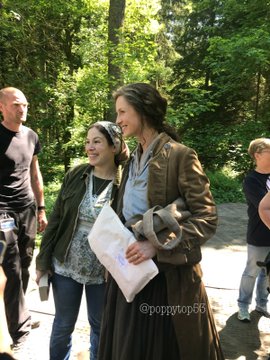 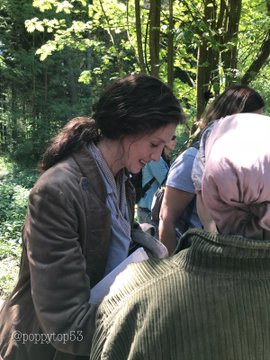 She commented: “I don’t know this woman but maybe she will find the pictures I took of her with Caitriona Balfe yesterday? Please share for her to find them.”

If you do recognise the woman pictured then get in touch with Andree on Twitter.

Stars Sam Heughan (who plays Jamie Fraser) and John Bell (Ian Fraser) were also spotted enjoying a rare spot of sunshine in Cumbernauld – and seeing those sunny day snaps has us raring to go for season four.