While Craig na Dun may be a figment of Diana Gabaldon’s imagination, it’s certainly based on a real location. Here’s a look at the Outlander filming location for the standing stones

Diana Gabaldon may have used plenty of real history in the “Outlander” series, but certain locations are just figments of her imagination. They’re beautiful figments, but it meant when the books were turned into a TV series real locations needed to be found. The standing stones of Craig na Dun is just one of those locations.

While you can’t see the stones Gabaldon has created, you can visit the filming location. Here’s all you need to know about the real standing stones.

There are many standing stones around Scotland. When the settlers first arrived, they erected monuments like the standing stones but nobody really understands why. While there are theories, nothing is certain as nobody left any messages to tell us.

Clava Cairns is just one of the locations in Scotland, located just a five-minute drive from Inverness. This is the location used for Craig na Dun when filming Outlander and Season 4 filming has been spotted at the stones again.

Visit Scotland describes the stones as a prehistorical burial ground. It can be dated back by 4,000 years, used around 2,000BC when the cairns were built and then around 1,000BC to build the smaller monuments. There is also evidence of farming on the site before the monuments were placed! 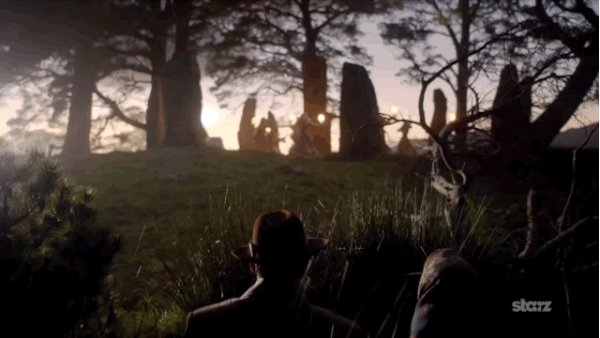 Beltane and the day after as Claire fell through the stones

.
I ask me… where she is right now, watched by Jamie

Where will you visit on your Outlander tour? Do you want to see the standing stones? Share your thoughts in the comments below.