Prince Harry and Meghan Markle mingled with some important Irish figures during their official visit to Dublin, including President Michael Higgins, Taoiseach (Prime Minister) Leo Varadkar, and even rugby legend Brian O’Driscoll. But the couple got to meet some TV stars too. During a garden party at the British Embassy yesterday, the Duke of Sussex was photographed sharing a laugh with Outlander‘s Caitriona Balfe, who stars as Claire Fraser on Starz’s hit drama. The Irish actress wore a burnt orange short sleeve dress for the soirée, with gold statement earrings peeking out from her blunt brunette bob. 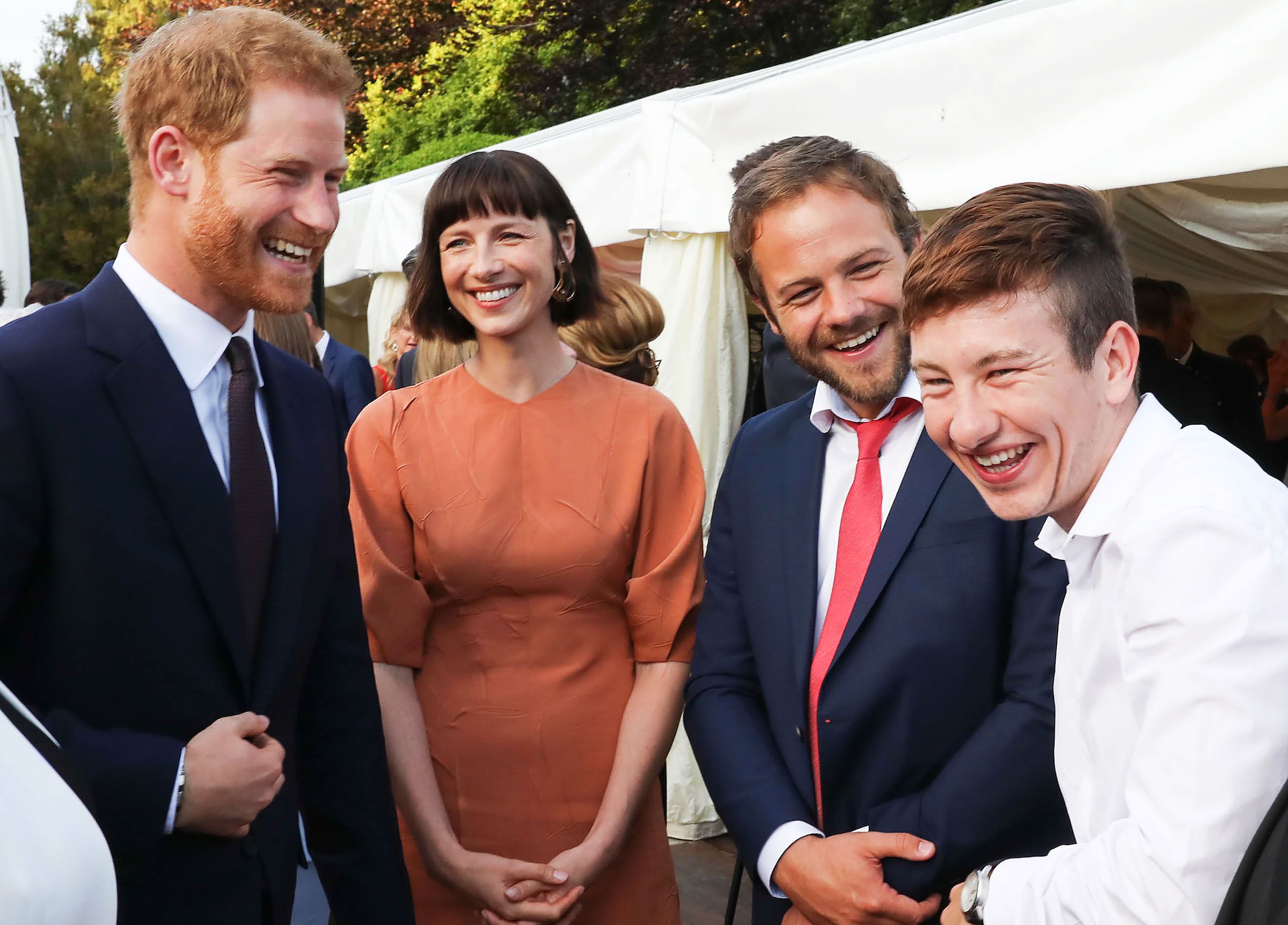 Balfe was joined by fellow Irish actors Moe Dunford (Vikings) and Barry Keoghan (Dunkirk, The Killing of a Sacred Deer) while chatting with Prince Harry. (Sadly there was no sign of Sam Heughan.) We wonder if the trio of thespians had a moment to bond with the Duchess of Sussex about her former acting career and seven-season run on Suits.